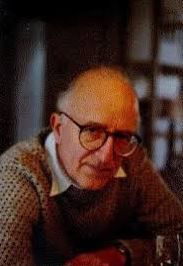 In tribute to our friend Edward S. Herman who has just died, I republish the interview he had given me:

Professor Edward S. Herman : « The crimes of the United States are never called genocides in West »

Mohsen Abdelmoumen : Algeria, my country, was always for a politics of not intervention in the internal affairs of States. What’s your position about the Syrian’s crisis ?

Edward S. Herman : This is a case of a civil war made into a proxy war of intervention  by numerous foreign powers, led by the United States . Saudi Arabia , Israel , Al Qaeda and Russia. Russia ’s is the most defensible intervention as it  is largely defending a long-standing ally that is Russia ’s only real friend in the Mediterranean area. The other intervenors are trying to overthrow the government, replace it with a friendly puppet, or destroy it as a viable state that would no longer be a serious rival to Israel . It is a terrible situation for Syrians and the world, with international law in shreds (especially the law against aggression, the heart of the UN charter) and a people being destroyed.

You have work about media’s propaganda, can you explain the media’s lies in capitalist societies ?

The media in the US is big business that depends on corporate advertising for revenue and the government for information on world affairs. Although legally free, the media follows government party lines on foreign affairs, and in general represents the interests of the dominant elite, not ordinary citizens. It takes whistleblowers like Julian Assange (Wikileaks) and Edward Snowden to publicize many ugly truths about US foreign policy, and the government tries to put them in jail. There is some freedom of speech, but the mainstream media follow party lines that involve big lies, and the public is misled and confused, which allows the elite to spend enormous resources fighting distant wars while many people here are in economic distress and the society is very troubled, despite its wealth. It is a society out of control, and very dangerous.

American opinion is against war in Syria . It proves an positive evolution. What do you think about that ?

It is a very good thing to see the public hostile to going to war, and it was good to see the British Parliament unwilling to sanction British involvement in a Syrian war. It is  encouraging, but I am still pessimistic about the future as the dominant elements in America are war prone, with ties to the Pentagon and military contractors, and the media is so easily mobilized to support foreign wars. The political class is narrow and too dependent on corporate money and the military-industrial complex. It is going to be hard to contain U.S. adventurism, especially as it encouraged by Israel and U.S. supporters of Israel, who have a great deal of influence and always throw their weight toward war.

What about your last book ?

My last book, with David Peterson, was The Politics of Genocide (Monthly Review, 2010). It features how politicized the word genocide is, so that only mass killings by U.S. target countries is called genocide, and mass killings by the US or its friends are downplayed or ignored altogether. Thus the US “sanctions of mass destruction” on Iraq, 1991-2003 were never called genocidal in the West although they killed perhaps a million Iraqis, and Secretary of State Madeleine Albright could say on US TV that killing 500,000 small children by those sanctions “was worth it,” and this aroused no critical comment in the West. And those sanctions deaths and the million or so killed in the U.S. invasion-occupation of 2003-2012 , are never called genocide in the West (except in a book like The Politics of Genocide!).  But the Srebrenica massacre of an alleged 8,000 men in Bosnia in 1996 got and still gets huge publicity and is called genocide. What makes it so? The answer is that those killings were carried out by a U.S. target.  This is the working of a great propaganda system.

Born in 1925, Edward S. Herman is an American economist and an analyst of the media of international fame, specialized in relationships between the big publishing conglomerates and the politico-economic sphere. Emeritus professor in finance in Wharton School, University of Pennsylvania, he wrote numerous works. He published in particular three books co-written with Noam Chomsky.

Bibliography : The Political Economy of Human Rights : The Washington Connection and Third World Fascism (1981), Corporate Control, Corporate Power (1982), The Real Terror Network (1982), Demonstration Elections with Franck Brodhead (1984), Manufacturing Consent with Noam Chomsky (1988, republished in 2002) in which is described the propaganda model applied in American media, The « Terrorism » Industry (1990), The Global Media with Robert McChesney (1997), The Myth of The Liberal Media : an Edward Herman Reader (1999), Degraded Capability : The Media and the Kosovo Crisis (2000), and The Politics of Genocide (2012).